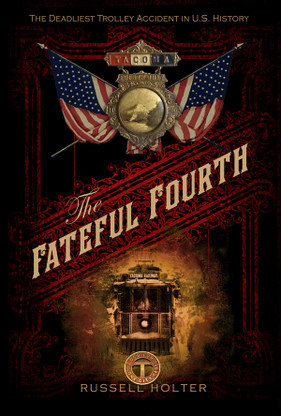 The Fateful Fourth - The Story of America's Worst Trolley Disaster

The first Fourth of July of the 20th century in the newly minted frontier city of Tacoma, Washington. But things went horribly awry—43 riders on a runaway streetcar died, many more were injured, and transportation history was changed. Half of the riders were employees of the Northern Pacific's South Tacoma Shops. It was a story in need of telling, and we are indebted to rail historian Russell Holter for his years of research and his absorbing account.