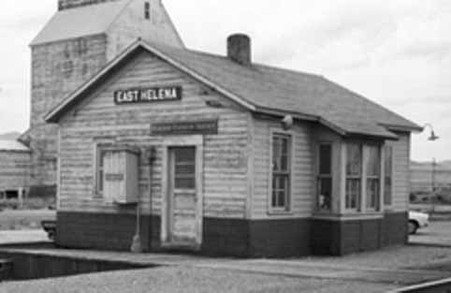 HO Scale ÌÎ_Ì´å East Helena Depot/Telegraph Office: The little depot that could! Originally built at Louisville, Montana and moved to East Helena MT between 1930 and 1942, it still stands as of 2009, a noteworthy feat for a wooden, line-side depot. Given its unique history, the NPRHA Modeling Committee has honored this depot by releasing a kit that accurately matches the structure as it stood as of 1970, the end of the NP. But this depot is based on a NP standard plan for a Telegraph Office, and so it might not be too hard to imagine locations on your NP empire that might need a depot just like this one. This HO laser-cut wood kit was designed from the NP Standard Plan by member Bruce Barney.